FO: Icelandic sweater for me 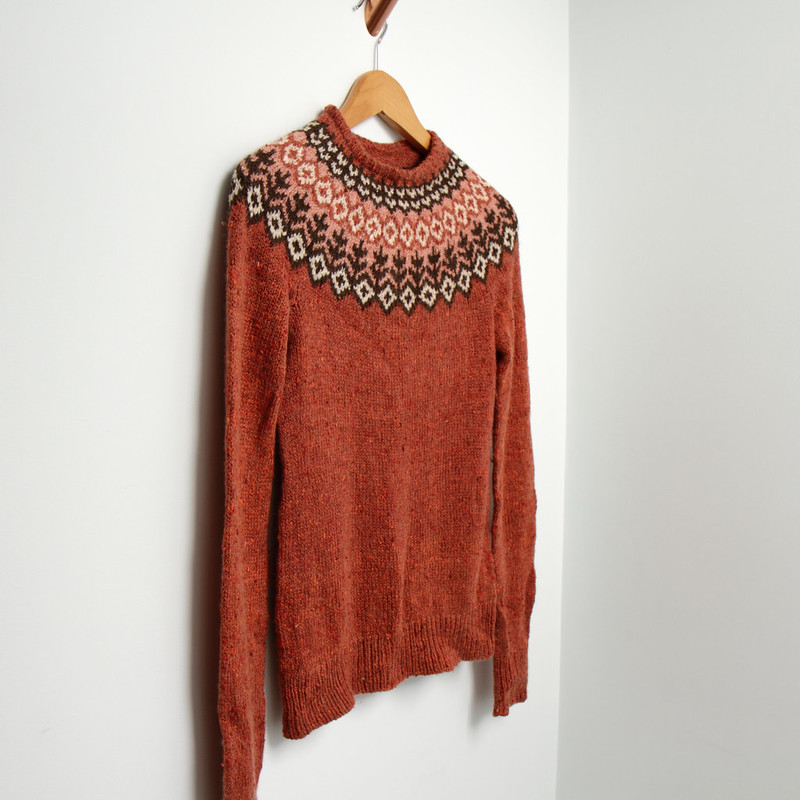 I finished this project right before Aurora was born at the beginning of March but it’s only now that I’ve been able to try it on without the belly and confirm that it fits that I’ve felt I could call it done. Towards the end of the pregnancy I really needed a project to cheer me up. I suffered nausea and vomiting right up until the birth, and if that wasn’t bad enough, back problems began to make it difficult to leave the house. It’s safe to say that pregnancy did not agree with me! After making the men’s version of Grettir by Jared Flood I had been itching to make one for myself, so this was a great project to choose and look forward to wearing once I was no longer carrying around the extra 23(!)kg.

The women’s version of the sweater is shown in with a rust colour as the main yarn, which I love, but Brooklyn Tweed Shelter is beyond my budget for a sweater. I instead used BC Garn Sarah Tweed, which had an almost exact match to the rust shade of the sample. BC Garn is a small Danish brand specialising in luxurious and organic yarns in natural fibres, particularly silks. Sarah Tweed is a silk and wool blend in a palette of subtle, muted shades. It’s tweedly appearance masks an incredibly soft feel. While its stated tension matched that of the pattern, I was nervous about using it because the yarn resembles more of a light DK or sport weight than a worsted equivalent of Shelter. I emailed BC Garn for clarification about the weight and recommended tension, and they responded assuring me it would work across a range of tensions so after a bit of swatching I went ahead. Despite my reservations it was a perfect choice – the knitted fabric is beautifully lightweight compared with a true worsted, but cosy warm thanks to the lofty wool blend. Although Sarah Tweed is an expensive yarn the yardage is almost twice that of a worsted, so it was also an economical choice. 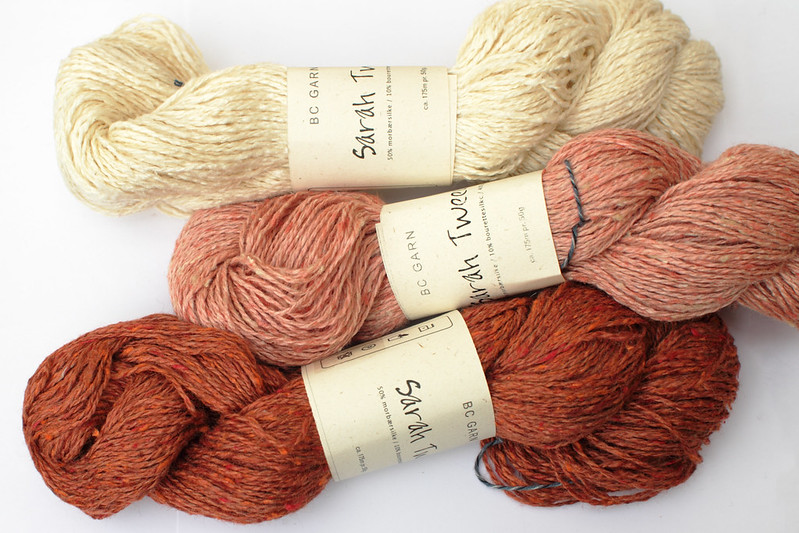 Next I had to decide on the sizing. This was doubly-tricky while not being able to use my super-sized self as a reference, so I measured a commercial knit sweater I like the fit of and started from there. As with all Brooklyn Tweed patterns, plenty of garment information and schematics with finished measurements and suggested ease were given. I checked Ravelry and found several women have complaining that there was ‘too much yoke’ so I opted to go smaller than I otherwise would, and chose to have no ease. I was nervous about how this would turn out but it was the right decision. I added 1.5″ to the sleeves and about 2″ to the body (my only regret of the project was not adding a little more). 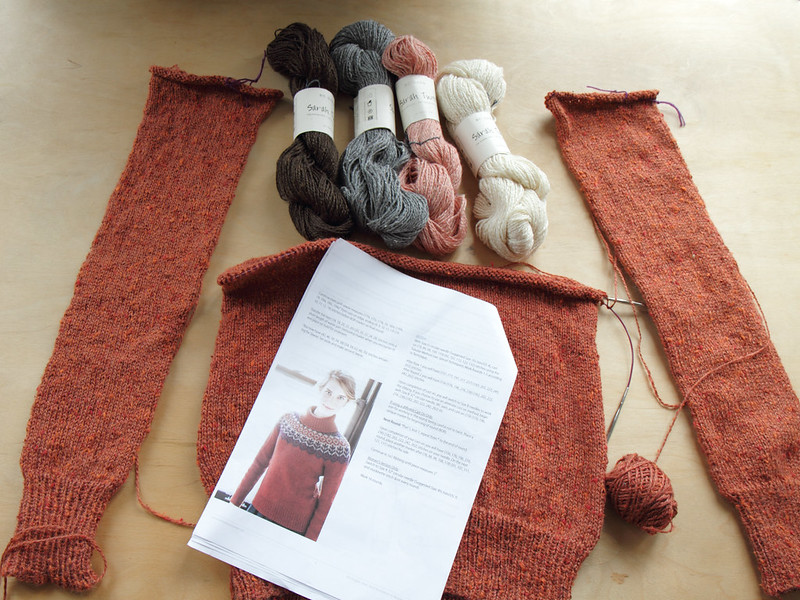 The next dilemma was the colour choice for the colourwork section – here I deviated from the suggested scheme. I bought several shades and it took me a few attempts to find the right combination.  I love the pale coral shade, and I wanted to use as much of it as possible so much I substituted the white in the sample for it, but it left the middle part of the design lacking in contrast.

After ripping and adding white to the inside of the circle motif it was back on track.

That just left me with the neckline to decide upon. The pattern provides instructions for two different options; a large ribbed turtleneck and a short, rolled collar. Turtlenecks don’t suit me at all (they can look like a third boob on curvy individuals) and I didn’t think the simple rolled edge would keep its shape in this delicate yarn, so I finished with my preferred collar method – 1 x 1 rib folded over and cast-off with stitches picked-up from the inside at the base of the collar. Adding a lifeline before starting the ribbing to makes it easier to identify where to pick up stitches from for the cast off.

And there it is, a traditional yolked Icelandic sweater with thoroughly modern fit in a soft and luxurious, lightweight yarn. 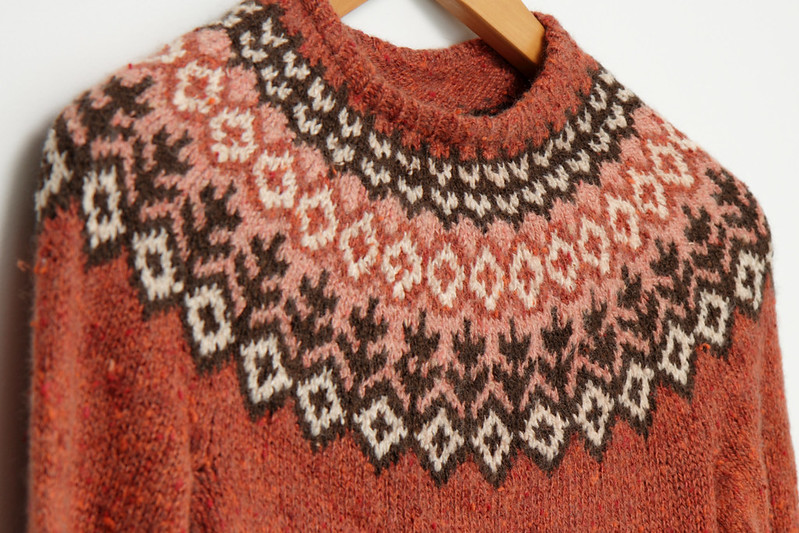 From the StudioSock Club May & June