The ethics of wool

For many knitters and stitchers (me included), it’s more the relaxing hobby or a creative outlet. The ethical factors that compel us to the handmade lifestyle also matter, be them environmental – a desire to reduce clothing miles or wear more natural or organic materials; humanitarian – concerns over sweatshops and poor labour conditions in places where our clothing is manufactured; or political – to reduce our dependence on mass production and consumerism. There is something special about creating a garment that’s unique and will be treasured for years to come.

My day job as an interaction design consultant normally sees me working with broadcasters and telecoms companies, but this year my professional world and my hobby came together when I had the opportunity to work for a client in the knitting industry. It was a fantastic experience and I learned a huge amount about the knitting industry.

But there was one thing I learned that really troubled me, that most knitting yarn (on the UK market at least) is actually generic stock bought in from manufacturers in China and Italy.

I decided to look into this a bit more, and discovered that very little of the commercial yarn in my stash had any labelling about its origin. UK law requires that clothing is labelled with country of manufacture but the same is sadly not true of yarn. In my naivety, I assumed that our Great British knitting brands produced wool that was at least spun in Britain, but this is not the case; unless labelled otherwise, the chances are it’s manufactured in China. This makes me deeply uncomfortable because China’s factory working conditions and human rights record means that it’s not an economy I want to support, and it’s a long way to import something from that we have right here in Britain.

It turns out that the craft that I’ve devoted so much of my spare time (and money) to over the last eight years has some big ethical problems, and two unanswered questions:

The origin of the fibre is incredibly hard to trace when traded globally because there is no requirement for labelling, this is very troubling because of the varying attitudes to animal rights across the world and the unknown carbon footprint of transport. Investigating wool farming globally this led me to another difficult discovery regarding my favourite fibre, Merino.

For me, Merino makes for the perfect knitting yarn; it’s incredibly fine, soft, bouncy, durable and non-itchy. Merino sheep can’t thrive in the British climate, so there is no option but to import fleece which is something I have always been aware of, and for me was an acceptable compromise. The main Merino farming regions are Australia and New Zealand, countries with good animal welfare standards, which again I felt happy with…until I learned about ‘mulesing‘. Mulesing is a surgical process that is carried out on young Merino sheep to remove flaps of skin that make them susceptible to blowfly infestation (known as ‘flystrike)’ which affects Australia and New Zealand. Mulesing is a complex issue, while there is no doubt that mulesing is a painful procedure that causes the animal to suffer, flystrike is a horrible condition that arguably causes greater suffering. New Zealand is phasing mulesing out, and there are initiatives such as Australian NewMerino certification that guarantees animal welfare standards (mulesing is not permitted) and traceability back to the farm; as well as breeding programmes to reduce the Merino’s susceptibility to flystrike. But for me, Australian and New Zealand merino is right off my shopping list. It’s time to look for alternative sources of Merino, and alternatives to Merino.

As far as the British wool industry goes, yes it’s still here, we still have mills and we still have wool farming. The majority of it today goes to high-quality carpet production and 75% is exported. So why don’t we see it on our knitting needles? I think this is due to a combination of market forces and perception: British mills will never be able to manufacture yarn at the same low cost as those in China; our preference for Merino forces us to use wool farmed overseas (technically, British Merino does exist but it’s from the Falkland Islands rather than mainland UK); and I think that British wool can have a poor image. Our traditional breeds like Shetland and Jacob are hardier than the Merino, being suited to our cooler, wetter climate, and they produce coarser fleece which can mean scratchy yarn; Shetland fleece is 28-33 microns while Merino is used commercially at 19-25 microns. I think that we perceive British wool to be inferior for knitwear, and I was really happy to discover that this is not true!

Here in Britain we have a multitude of sheep breeds to choose from (if you’re reading from elsewhere in the world, you probably do too), many with unique qualities like Bluefaced Leicester which, at 23 microns, can rival merino for softness, and Wensleydale; a long ‘lustre wool’ that has a similar appearance to mohair and can be blended with shorter fibres to provide strength. Producers like John Arbon and Blacker Yarns are spinning British wool knitting yarn. We are not limited to sheep wool production, Toft and UK Alpaca produce luxury Alpaca yarn, farmed and spun in Britain.

There seems to be a big push right now that’s changing perceptions of British wool led by the British Wool Marketing Board‘s Campaign for Wool programme, which works with fashion brands, designers and craftspeople to raise the profile of wool as a natural, sustainable, contemporary fibre. One of my favourite British independent designers, Kate Davies, has just launched her own yarn line from Scottish grazed wool, while blogs like Knit British have popped-up and British wool knitting yarn is even being discussed in the national press.

All of this is fantastic, but I feel that right now we don’t have the range of versatile, quality, wearable and affordable British knitting yarns on the market to rival those imported. It’s really important to me to support British mills and farmers and make knitting as ethical as it can be, for myself and everyone else. So I have decided to do something positive towards this and take a big leap to launch It’s a Stitch Up Yarn, our own brand of ethically sourced, British-milled, hand dyed yarn.

It’s taken several busy months, three producers and many sample skeins and dye experiments to get to this point and I’m itching to share more about the journey and the yarns in the collection, which I’ll do very soon. We already have several shades from the main range available to buy, plus lots of special editions and one-off skeins, many at a reduced price. Explore the yarn store now! 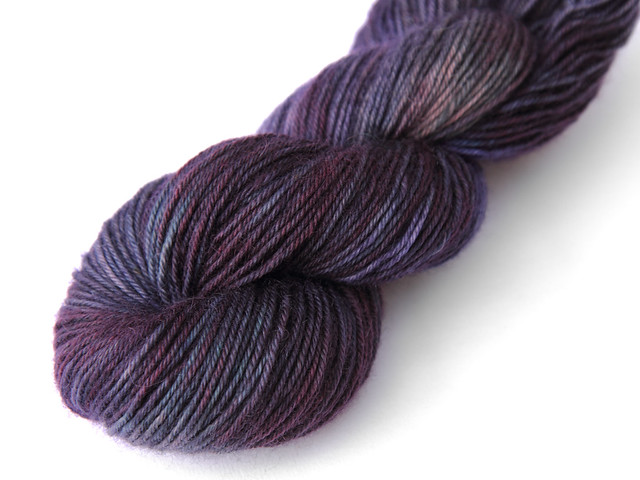 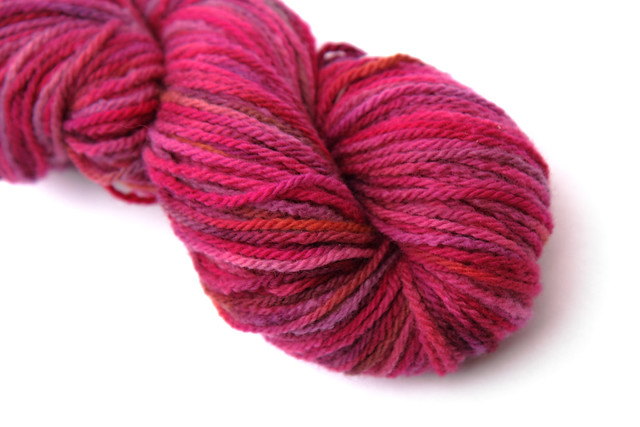 From the Studio2015 Advent Calendar

From the StudioIt’s a Stitch Up Yarn Pop-Up at Wild & Woolly, 8 June

From the StudioIntroducing the Tsunami Cowl – our latest knitting pattern