It feels like a long time since I last posted a finished object, and while that’s had a lot to do with not having much free time or energy during lockdown, it’s also because I got carried away with this one! 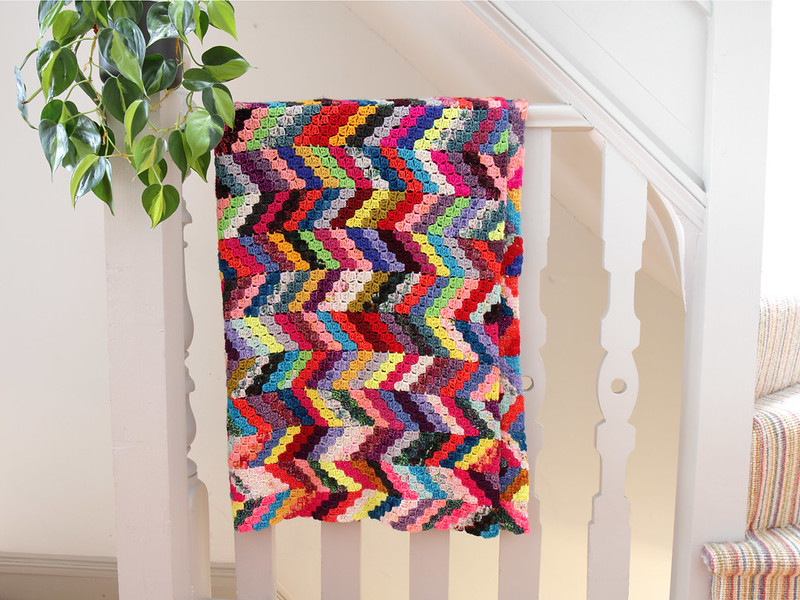 The pattern is Ups + Downs by Katy Stevens (the talented dyer behind Harbour Crochet/Indie Yarn Club). If you like the look of it now is a great time to buy because the designer is currently donating 100% of the proceeds to a refugee fundraiser in her local area of Folkestone.

I set myself a challenge at the start of the year to learn to crochet “properly”, i.e. commit it to muscle memory so I don’t have to look at a book or ask for help every time I pick up a hook. This wasn’t my first attempt, but it was the first time I felt like everything came together and I got past that stage of holding the yarn within an inch of its life for fear of dropping those little loops. The biggest hurdle was getting used to holding the yarn to the left, everything got a lot faster from that point on. Before I knew it, I had a bedspread.

Having built up confidence, I was able to make each square without thinking too much and I could focus my attention instead on creating interesting colour combinations. Even as someone who works with colour every day, the project taught me a huge amount about the effects colours have on each other. 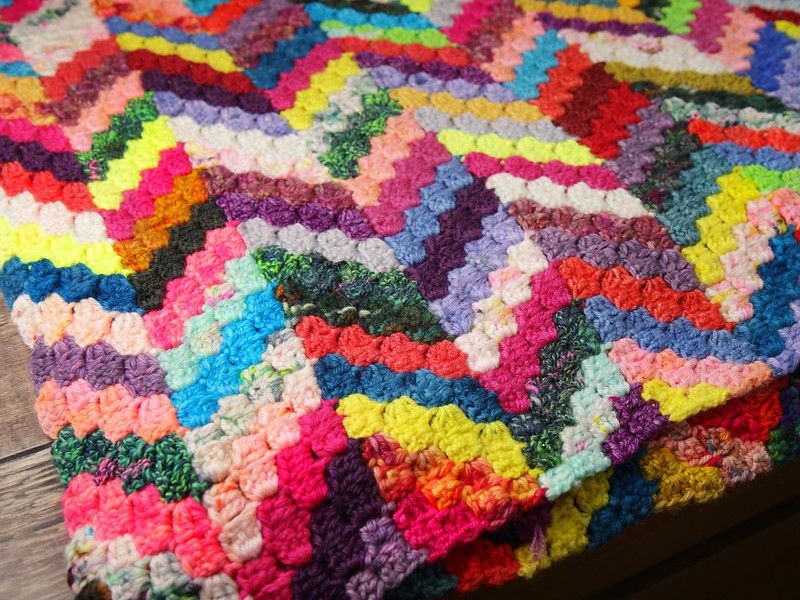 I broke all the rules, mixing commercial-dyed solid colours with hand dyed speckled and variegated shades. There’s even some glittery handspun art yarns in there. Some sections are thicker, some are thinner, and that’s fine.

Although it looks random, it has been carefully planned so that there’s a balance between light and dark, bright and neutral in every unique sequence. I found I needed a lot more yellow, white and light grey than I realised in order to lift and contrast with some of the darker shades. 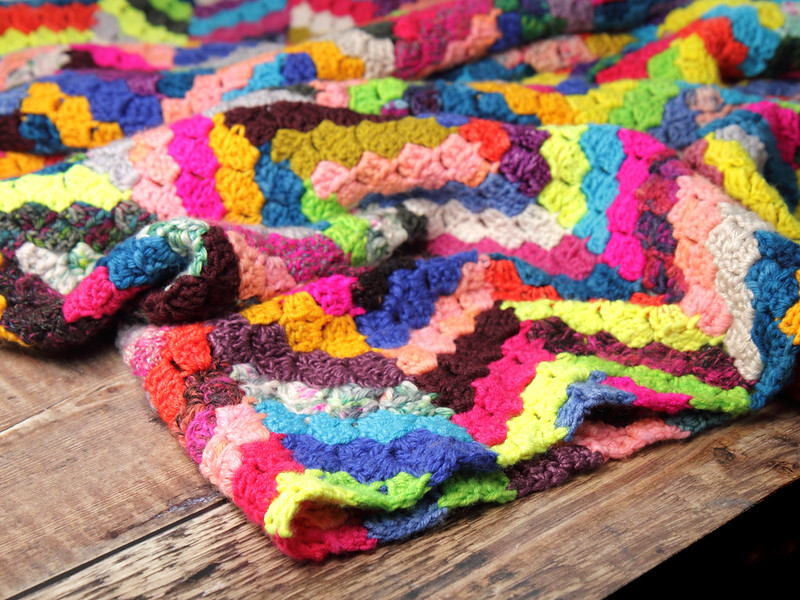 It started off as a scrap-buster project, but I confess I dyed a few miniskeins especially for it and even bought a full size skein from another dyer because they had exactly the right shade of pink.

My thoughts on crochet as a knitter? Once you get the hang of it it’s very fast, so it’s ideal for large projects like this. It uses more yarn than an equivalent amount of knitting which is good for stash-busting. It’s easier than knitting to create colour-block effects and it’s generally a lot of fun. I’m wouldn’t say I’m a convert because there’s just something about knitted fabric that I’ll always prefer for garments, but I am definitely interested in finding out what else my little hook can do.

From the StudioAutumn/Winter shade and pattern inspiration – part 1

From the StudioWhat’s in a skein?