It’s just over a week since I got back from Norway but it seems like a lifetime ago (funny how holidays work like that). I did a little bit of knitting-related research while I was there, with the help of my Norwegian host.

Stranded colour work is strongly associated with Scandinavia, and Norway boasts several traditional stranded patterns, including Selburose, the distinctive star motif (which is actually a rose) hailing from the town of Selbu. 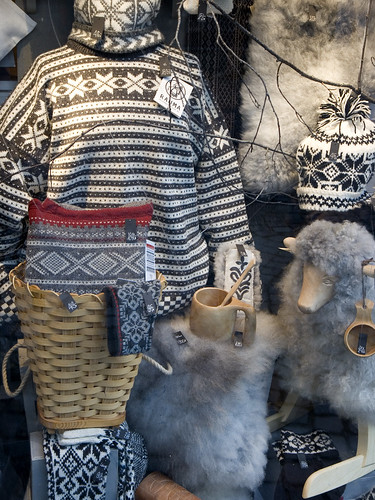 Marius is another iconic Norwegian design. Very much the stuff of seventies ski sweaters, but recently revitalised. I saw Marius patterned hoodies in red and electric blue in a skate shop, and I do think it looks quite striking and modern in the right colours. 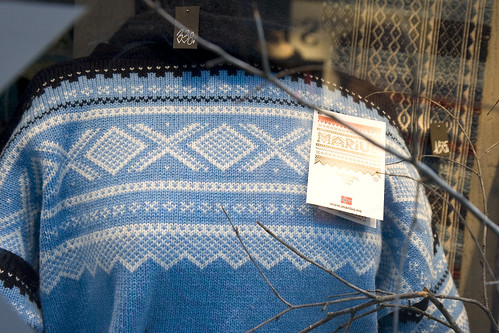 is a modern interpretation of this pattern. 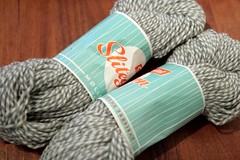 I picked up a little bit of Norwegian wool while I was there. I got two skeins of vintage yarn from a charity shop for about £1. The lady in the shop told me that it was sock yarn but it’s thick by British sock standards, more like a light Aran and very dense. I think it will look nice dyed.

I also picked up a few shades based on a photo I took on the banks of Frafjord. The landscape around the fjords in winter comprises a simple palette of colours; greys of the mountains and sky and moss green interrupted by the occasional brick-red painted building. 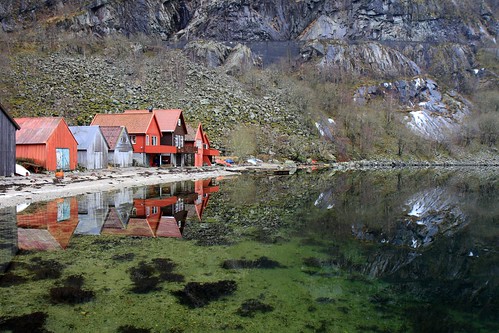 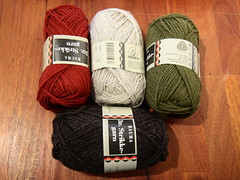 Norwegian wool feels quite course  but I expect it will be warm.

I’m planning to use these colours for a fairisle design based on the Norwegian landscape, taking inspiration from the traditional stranded patterns I saw.