I’ve had such lovely feedback about my new pattern, Cauldhame, which has been amazing. I think this is in no small part down to having such a superb location for the photos, which was the place that from which the pattern takes its name, the Cauldhame Estate near Stirling in Scotland, where I spent a week in September. I wanted to share a few more images of the place that has made this project so magical.

With so many scenic spots; the meadows, the Victorian gazebo, the moors, the woodland cabin and the trout ponds, it was difficult to settle on one place to photograph the sample. 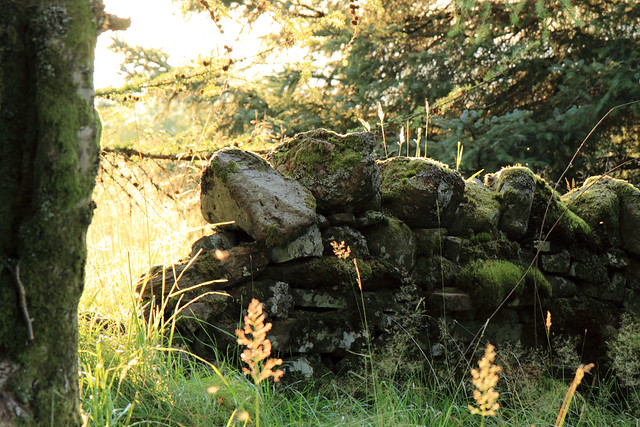 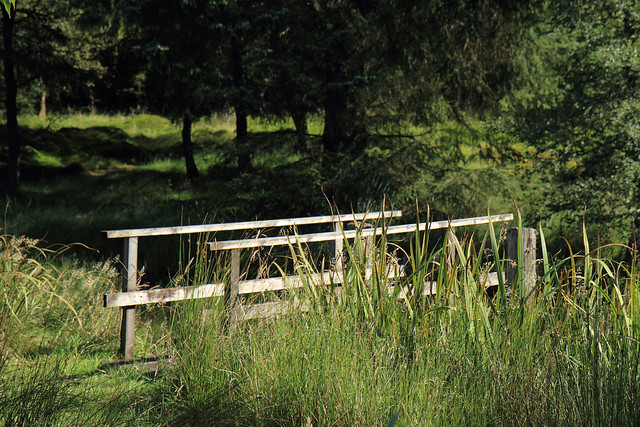 A small fishing jetty at the trout ponds at Cauldhame 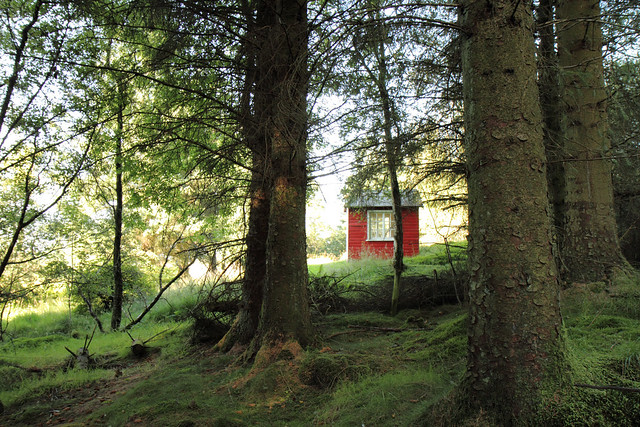 In the end it was the trout pounds that caught my attention, with bright green foliage of reeds and trees reflecting on the inky-black of peaty water. The painterly scene below makes it easy to see how Monet was inspired to paint impressionist works depicting water, like Water-Lilies, Setting Sun. 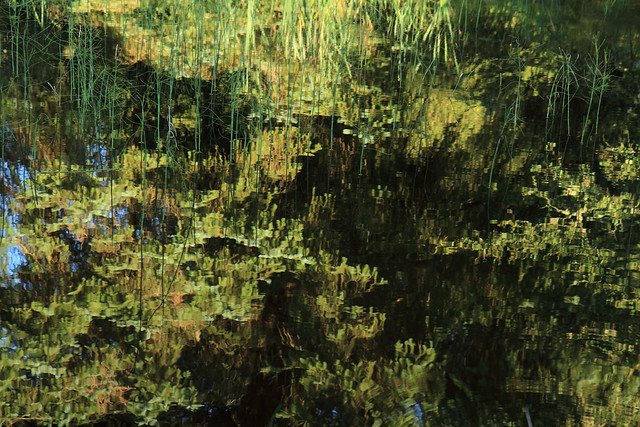 Reflections in the trout ponds 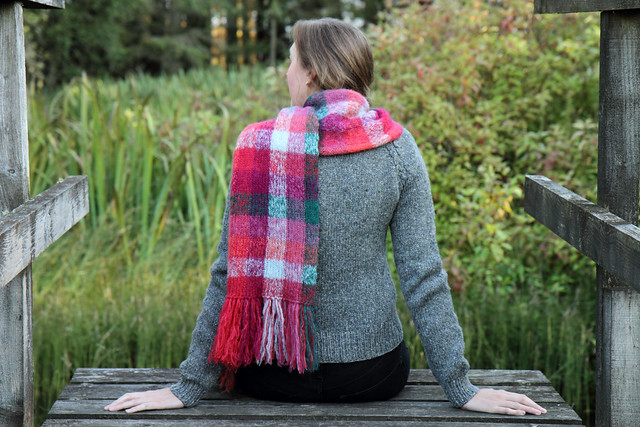 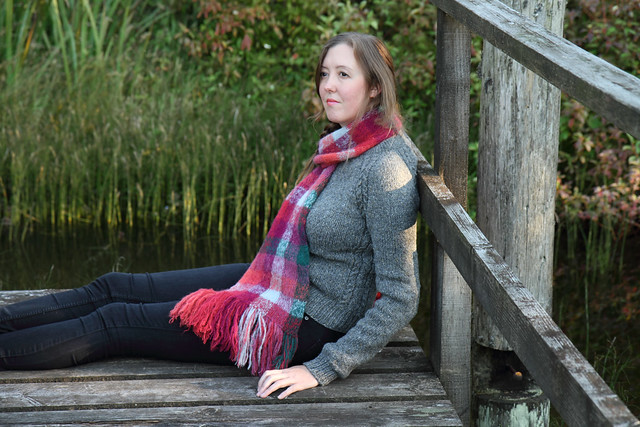 One of the challenges of photographing the scarf in early September was that although there was a definite chill in the air, the clear, sunny skies and lack of autumn colour made it appear rather more summery than expected. It was hard to make this work for a winter garment! 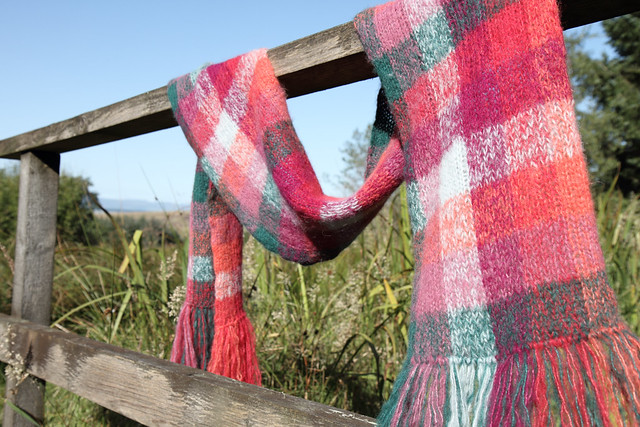 As the sun started to set behind the woodland the light took on a much more autumnal, orangey tone, and this gave us a brief few minutes to capture the shots we needed. 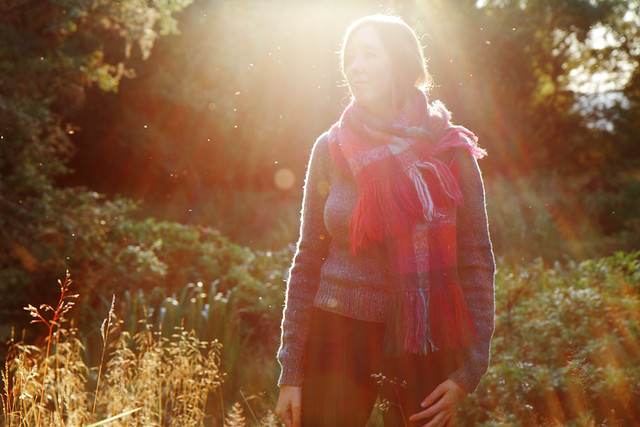 Silhouetting a subject by shooting directly into the sun is one of the most difficult scenes to capture. We battled with flare (the circular highlights and rainbow effect in the image above, which I actually quite like), caused by light reflecting inside the camera lens; exposure problems, trying to get ensure the subject was adequately lit and the scarf visible with such strong back-lighting; and white balance, the shadows appearing very blue in comparison to the highlights. I’m a reluctant model and being on the wrong side of the camera is not something I enjoy.

Thankfully we got there, we captured more than enough superb images that I think really show off the garment’s gorgeous colours and cosiness. 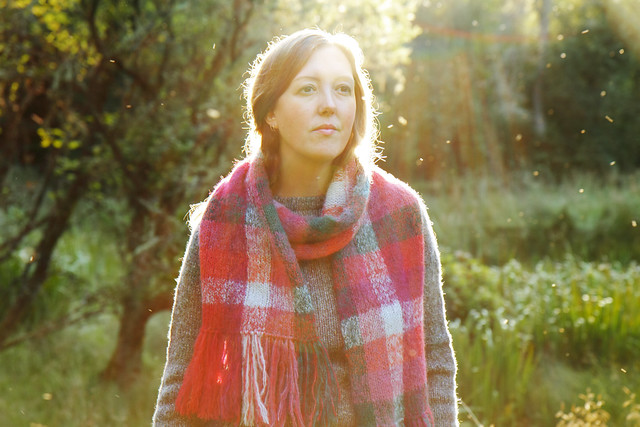