Having seen some brilliant shades of purple obtained from lichen on Jenny Dean‘s and other natural dying blogs, I’ve been keen to try it out for myself. Although they may seem common, they are slow growing organisms with limited habitats, and some species and areas are protected by law in the UK, so it’s important not to gather lichens unless you’re sure you’re not negatively impacting the eco-system. Was was lucky enough to come across an ideal opportunity in South Wales after a storm when a large number of lichen-covered dead twigs were lying on the ground after a storm. 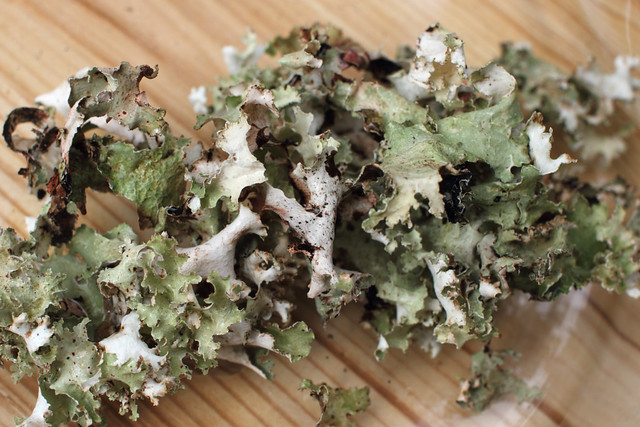 According to Wikipedia there are 13,500–17,000 identified species of lichen. I have no idea if what I collected is considered useful for dyeing, but it having a reddish-brown tinge to it made me hopeful that it might.

This wasn’t my most successful dying effort but felt it worth sharing information about the process. 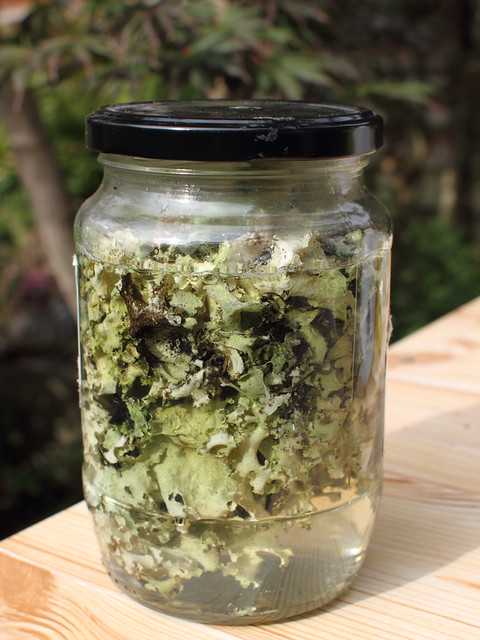 First of all I gave the lichen a wash and removed as many pieces of twig and dirt as I could, then left it to dry completely, ensuring it was free from mould.

Extracting pigments from lichen is a slow but simple process; it is steeped (or fermented) in an ammonia solution for a period of weeks.

I forgot to weigh the lichen so I’m not sure how much I had, but to give you an idea, the jar is 1 litre.

Ammonia smells pretty bad (apparently, lucky for me I can’t smell it at all!) so you’ll want to pour it outside. Wear gloves and try not to breathe it in.

I left it to steep for two months, agitating it every few days. I’ve read other dyers leaving the mixture for as long as three or four months, which might explain my results.

After two months the solution looked a really good deep red colour so I decided it was ready. 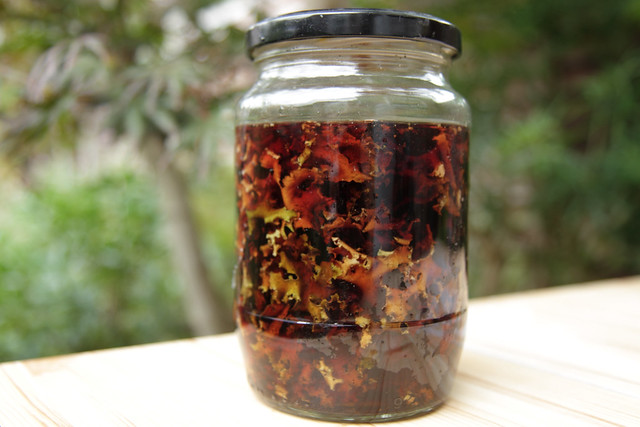 The lichen and ammonia solution after two months

I have read differing views on whether wool should be mordanted prior to dying with lichen. I decided not to take any chances and mordant with alum. Have a look at my tutorial for mordanting yarn for more information about this process.

I strained the mixture using a sieve into a large stainless steel pan and added two or three more litres of water. At this stage the dye bath was looking a little more dilute but still promising.

You can use kitchen pans for dyeing provided they’re non-reactive (stainless steel or enamel) and you clean them really well, but I prefer to keep a separate pan for dyeing. 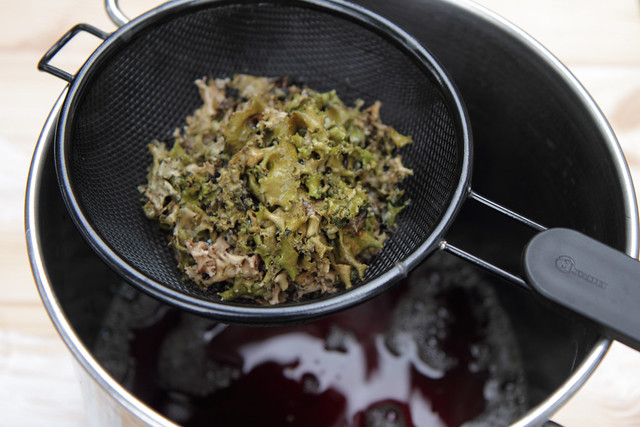 I added the yarn to the dye bath before heating. It began to take on colour – still looking good! I used about 150g in total; a small skein of handspun wool and a larger one of commercial baby alpaca. 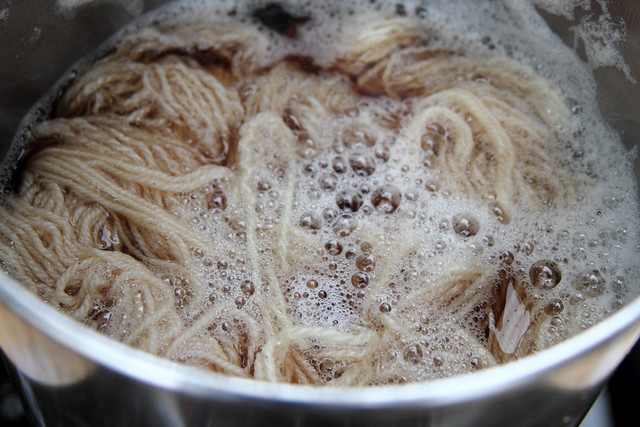 For obvious reasons I chose to heat the dye outside. Ammonia is flammable, and although by now very diluted, I didn’t feel it would be a good idea to use a gas stove, so I used a portable induction hob

, which turned out to be a great buy, having no difficulty bringing this large pot to the boil and then keeping it at a steady simmer.  It’s not rated for outdoor use, I had an outdoor rated power supply with a circuit breaker just in case. 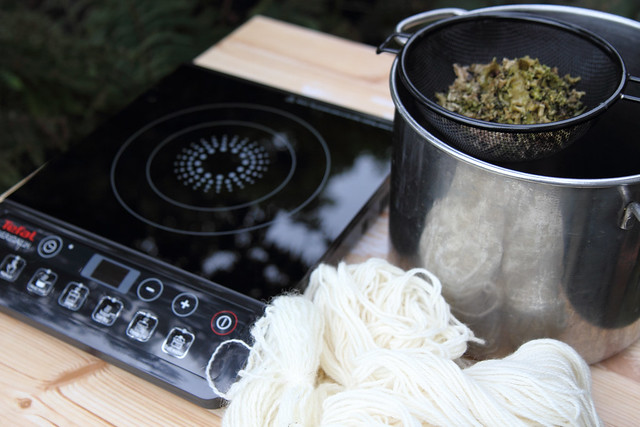 After an hour of simmering I removed the pot from the heat and left to cool completely. The dye bath was now more or less clear and the yard had changed colour, but the colour was much weaker than I expected.

To remove any trace of ammonia, I washed the yarn with a little detergent, in a mesh bag using the washing machine’s wool programme. The colour proved wash-fast, but fell a long way short of the rich brick red I was hoping for. 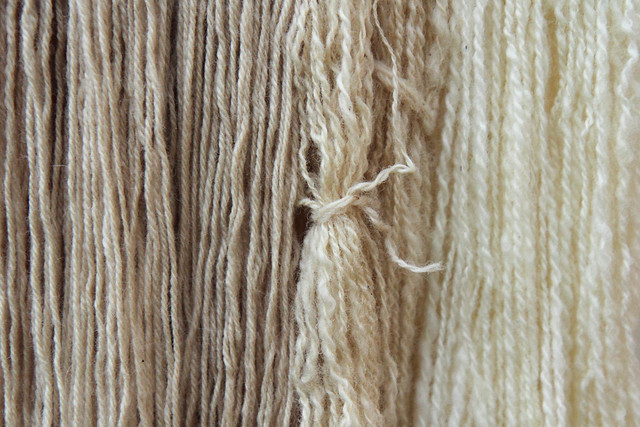 Why so pale? The most likely explanation is that I didn’t use enough lichen for this quantity of yarn. It’s also possible that had I left the lichen to steep for a few more weeks it might have got darker. Another explanation is that the type of lichen I collected isn’t much good for dyeing – I didn’t try to identify it or do much research. Though the fact that the ammonia solution extracted colour and produced a fast dye is a good sign.

Luckily I have two more bags of lichen or slightly different types to play with, so there is opportunity for further experiments!

The Project RoomTo dye for

From the StudioYour projects: Beautiful yarn, dyed and spun