For years I have bravely soldiered on wearing fingerless mittens, rather than full-fingered gloves, through the depths of winter. Reason: Taking gloves off to use my phone results in colder hands than having bare fingers. If only it were possible to knit gloves that would work with a touchscreen… Well, it turns out that it is, for my Knotty Gloves are techno-gloves.

I had heard of conductive thread and other e-textiles being used for Adruino-controlled wearable electronics. I had also heard that conductive thread can often be stiff and difficult to work with, and can have high resistance. There are a few different products out there and not much information about their properties as yarn. I needed something that would both be knittable and create a fabric with the right conductive properties. With the help of my good friend Becky at Anti-Alias Labs, and also Sparkfun Electronics‘ e-textiles expert, I settled Kitronik’s conductive thread.

The thread was both easy to work with, being roughly lace-weight, and highly effective in creating a conductive fabric suitable for using a touchscreen [in fact, it’s better than my finger tips at times]. 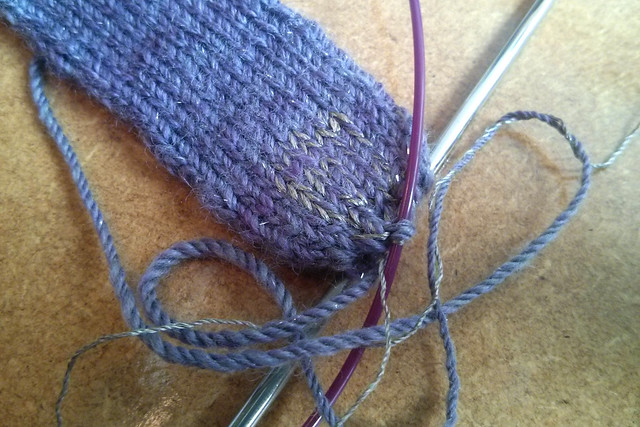 Positioning the conductive areas was done by observing exactly where my fingers and thumbs touch the screen. This is not the centre of the fingertip, so worth taking some time over. 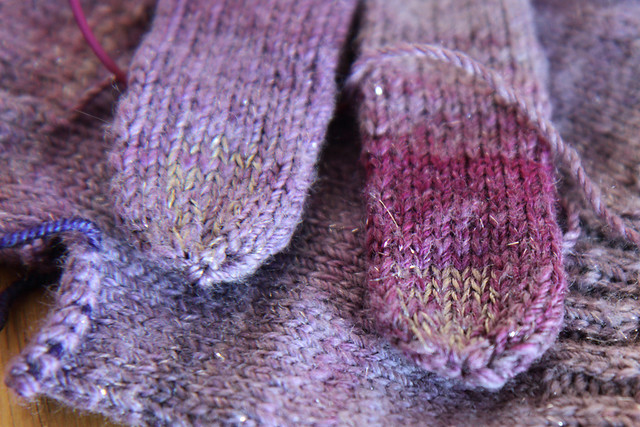 The gloves are now into their second winter and doing well. The conductive thread has developed some rust-coloured patches after the gloves were left damp but this doesn’t seem to be a problem.