So, I bought a loom

A funny thing happened last year. On reading a couple of tongue-in-cheek comments about yarn-based hobbies getting out of control on The Twisted Yarn’s review of my Little Book of Yarn Dyeing, my partner turned to me and said “You know, maybe we have space for a loom”… all of a sudden there was a loom. 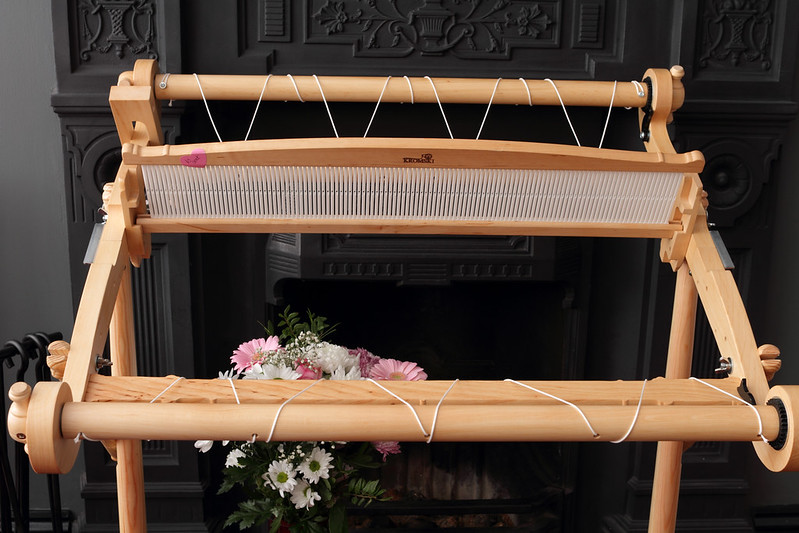 Of course, it didn’t happen just like that. Between the “well maybe I could get a loom” moment and clicking “add to basket”, I disappeared down a rabbit hole of several months answering the questions “what kind of loom?”, “which model?” and “what size?”. I won’t bore you with all of my loom research (I don’t think it would fit into a blog post, it could probably be the subject of a book), but my journey took me to eyeing up large floor looms before reigning myself back in, and settling on “Rigid heddle!” as the answer to the first question.

Rigid heddle looms are simple things; easy to set up and relatively cheap, and a sensible, low commitment option for someone like me who knows nothing about weaving. Their limitations are that they’re designed for plain weave only – though one can weave other patterns using one, but it is slow going. I really like twill patterns, so this was a big compromise for me. But realistically, I don’t know how to weave, so investing hundreds or even thousands of pounds on a multi-shaft loom would be a bit silly even if I could afford it.

Experienced weavers seem to like having a rigid heddle loom around for quick set up and portability, so if I ever decide to get a ‘proper’ loom down the line it’s still worth owning. A quick look on eBay suggests they hold their value well, so if weaving is not for me I should have no trouble finding it a new home.

See how easy it is to justify the purchase of a rigid heddle loom?

To answer the next question, “which model?”, this was easy, Kromski Harp. This was a quick decision because in the UK we don’t have that many options so it’s probably going to be the Harp or one of the Ashford models. The Harp has two advantages: 1) very strong metal ratchet and pawl system with clever magnetic thingy; and 2) flip it over and it’s got a built-in warp board, meaning one fewer accessory to buy. I think it might also have been cheaper than the equivalent Ashford too, but prices vary. 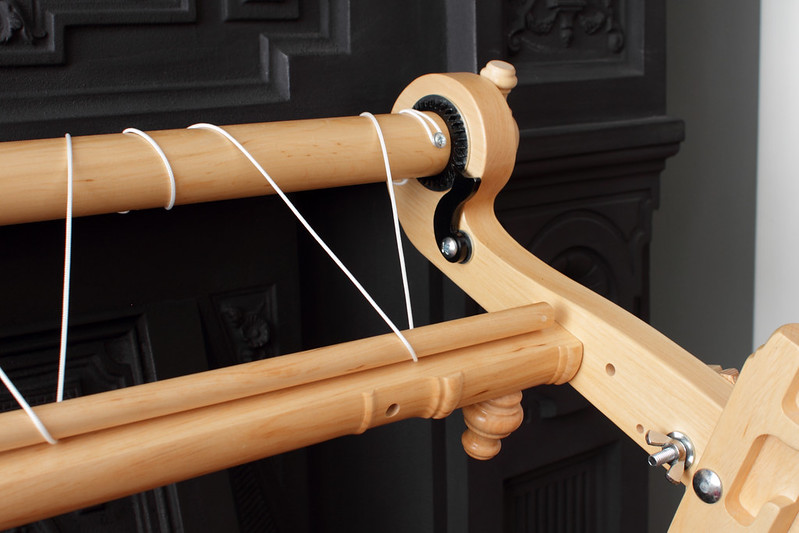 What size? There are a lot of options here and it came down to knowing that I wanted to make fabric to sew with (I see hand woven cushions and maybe even a coat in my future). I chose a 24″ because that’s enough for most pattern pieces while still fitting in the living room. Now that I have it, it was absolutely the right choice, any wider would feel unwieldy to use.

When considering what size of loom to get (you know, just in case you’re thinking about it), it’s worth knowing that you can make double-width fabrics on a rigid heddle loom if you get a second heddle, and panels can also be joined together to make blankets etc.

I ordered it, of course, from my favourite fibre store, Spin City, who now stock an impressive range of looms and weaving accessories.

There was one further question to answer before clicking “Confirm Order”: What accessories should I get? Short answer: all of them. I got a stand, and I can’t now imagine using it without the stand. It’s adjustable and at the lowest setting it’s perfect for weaving while watching TV on the sofa, the horizontal setting is ideal for warping and all the steps in between ensure it works for every kind of chair. 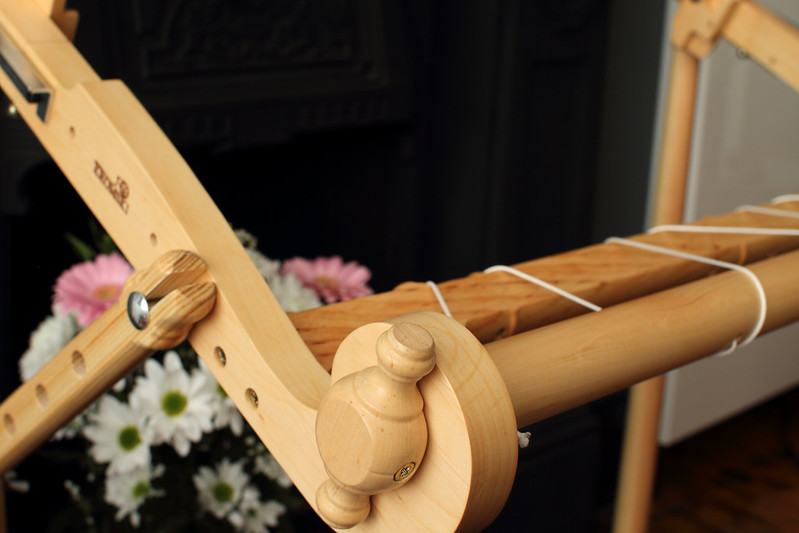 I also ordered a 12dpi heddle for fine yarn (it comes with an 8dpi for worsted-ish yarn). I quickly realised I wanted more heddles, so I added a 5dpi and a 10dpi to my Christmas list. 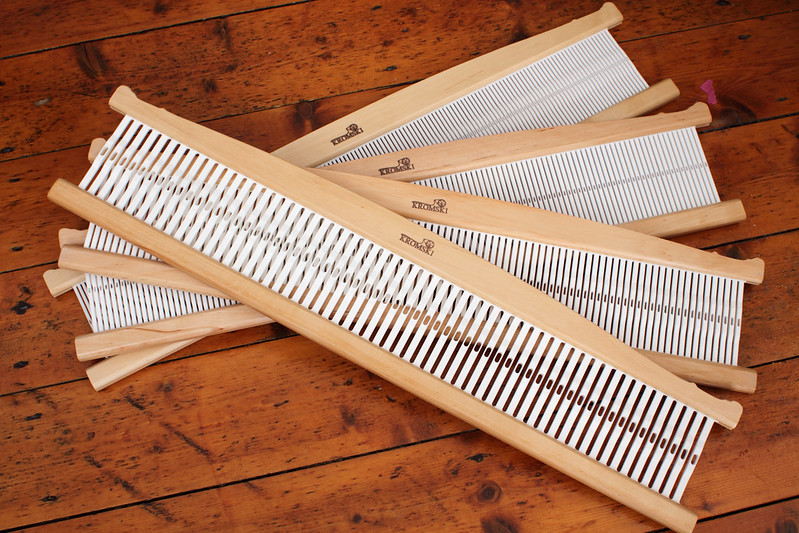 The loom appeared! Assembly was a little tricky, but was completed with only mild swearing. The manual could have been better on a few details, but Kromski have a YouTube channel with guides in English, which are very useful if you can endure the deadpan presenter.

I am very happy with my choice of loom. The build quality is excellent. I’m going to mention that my the front and rear beams were mislabelled in my kit just in case you happen to encounter the same problem, which led to the ratchet mechanism not engaging properly. This was fixed by simply swapping them over (but it would have been nice not to have had to rebuild it after the first project).

So, now just the simple business of learning to weave, which I’ll save for my next post. Hint: it was a steep learning curve!

The Project RoomLearning to weave: My first three FOs

From the StudioCaring for hand-knits

The Project RoomPattern Cutting: Tools of the trade