This month knitting takes its rightful place in the gallery, alongside the great masters at the mighty Tate Britain. Demonstrating the versatility of knitting, contemporary British artist Andy Holden has created a giant knitted boulder! 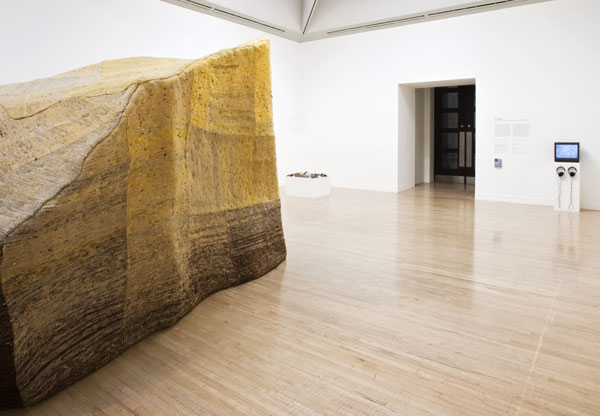 The piece replecates a small lump of rock the artist took from a pyramid at Giza, while on holiday as a young boy. His guilt was such that 13 years later he decided to travel back to Egypt and return it to the exact spot he’d taken it from. Holden’s painstakingly crafted, giant knitted replica of the stolen fragment conveys the emotional importance of this tiny rock. Through its scale, the piece aims to evoke the wide-eyed, awestruck feeling that Holden experienced during his first visit to the pyramids. 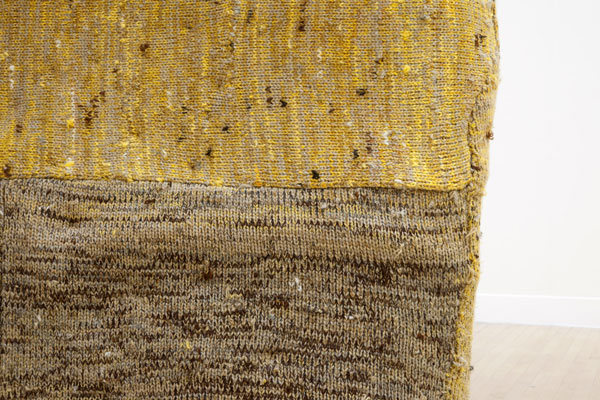 What I love about this work is the way that the artist has used a knitted surface, something supple and drapey, to represent a hard, unyielding material. It gives the work an organic kind of warmth and eerie detail that mimics rock strata amazingly well.

The exhibition Art Now: Andy Holden Pyramid Piece and Return of the Pyramid Piece is free and is open 9 January – 10 April 2010 at Tate Britain, London.