A year of Sock Club (and hello! Sock Minis Club)

It’s been almost a year since we re-launched our clubs after a break (to welcome my daughter into the world), and it’s still my favourite dyeing job every month. For me, it’s a chance to experiment with colours and techniques, inspired by something that has caught my eye recently, without having to worry about things like “will this work with our shade collection?” and “can I even reproduce this effect?” (though several of our most popular repeatable shades first emerged for Sock Club). 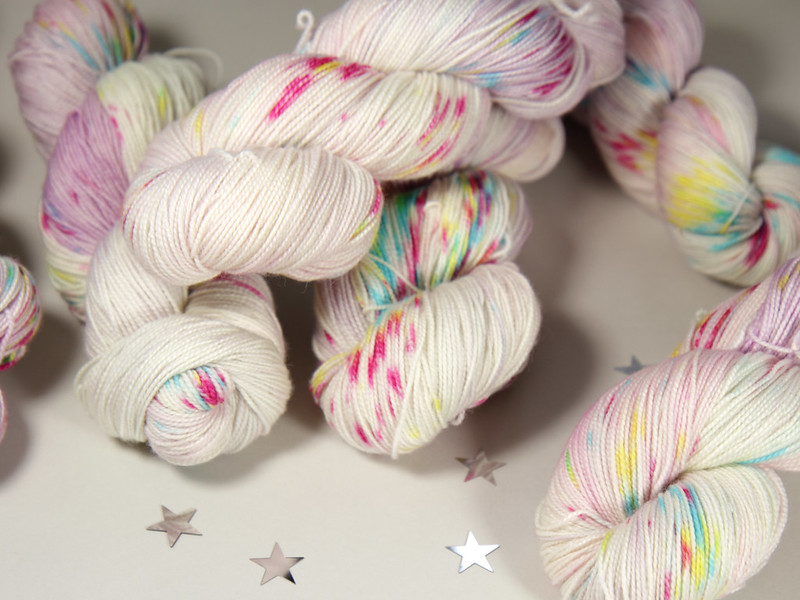 Sock Club reopened with ‘Magical Unicorn’ in May 2017, a pretty pastel shade with splashes of rainbow. This was a non-repeatable shade but it inspired us to create ‘Unicorn Breath ‘ with the palest of pastels, which is now one of our stock shades. 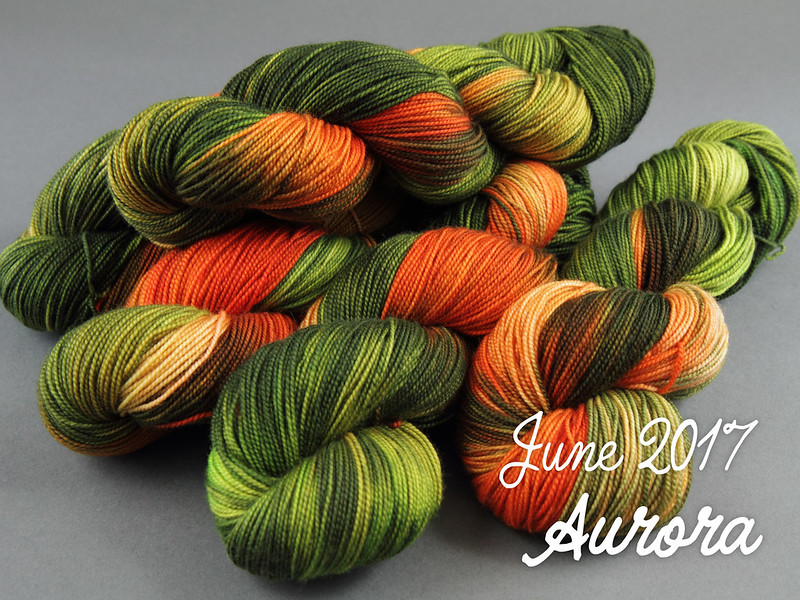 June saw us break all the rules with flashes of orange and green for ‘Aurora‘, named in honour of my daughter and inspired, of course, by the northern/southern lights. ‘Aurora’ is one of our stock shades and is a bestseller (apparently green yarn doesn’t sell, eh?), so popular that we also created ‘Aurora Purple‘. Both available now. 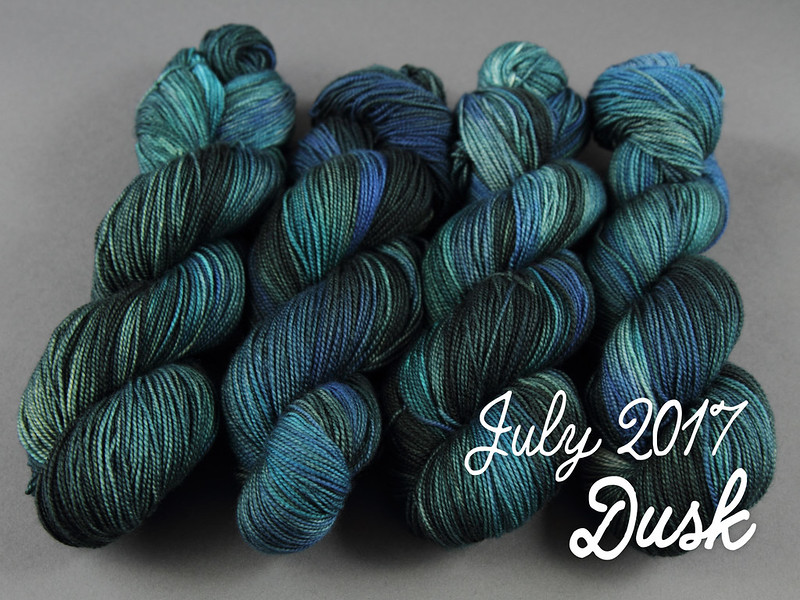 I often try to push my skills with our yarn club editions. For whatever reason I find it really hard to dye blues (to me they can look a bit flat), but I love darks, and with some fairly involved dyeing and over-dyeing, I created a blue that I think has a lot of depth. ‘Dusk’ was exclusive to the club and non-repeatable. 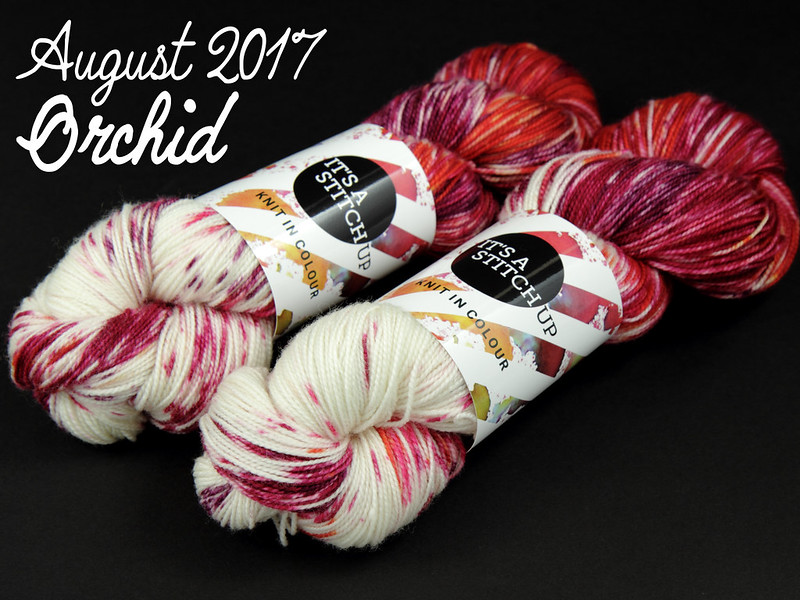 ‘Orchid’ was inspired by the incredible flowers of an orchid given to me by a lovely friend who emigrated to a distant land and couldn’t take it with her. I have no idea what type it was but for many years I kept it going and covered in flowers: 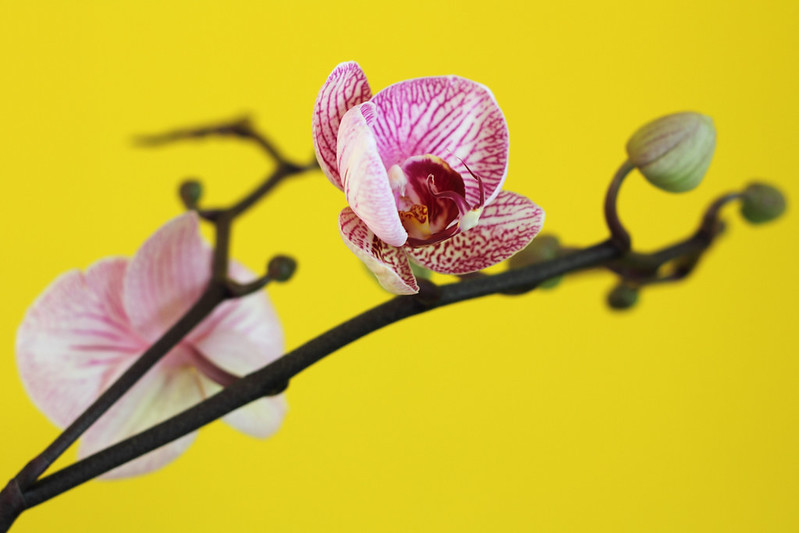 Sadly, last summer was the last time it flowered. After moving to a very dry, very bright house in late 2016 it struggled and eventually gave up :'( But not before it was re-created in yarn form! ‘Orchid’ was a non-repeatable shade which sold out shortly after its release. 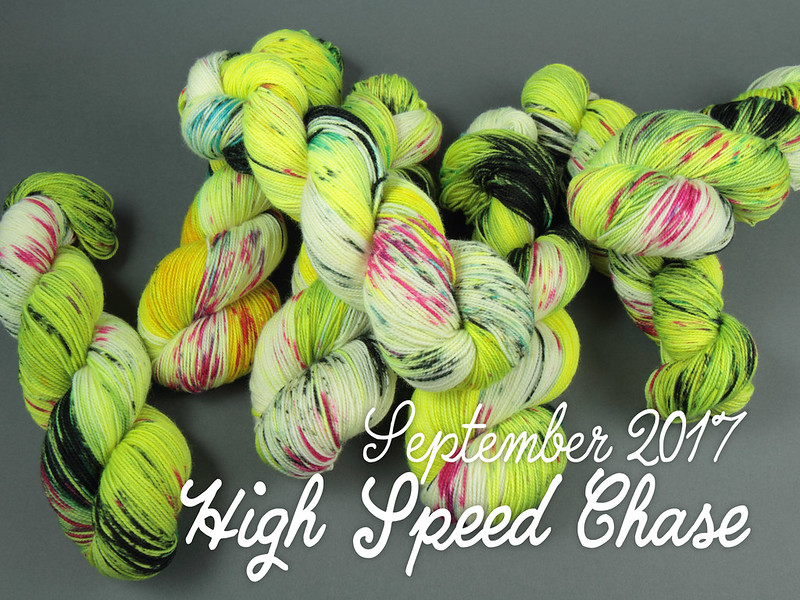 Last year, after much searching, I finally found neon dyes that would work on wool, and I confess I am still smitten. ‘High Speed Chase’ was inspired by those flashes of colour as a police car speeds past. This shade is sold out and non-repeatable. 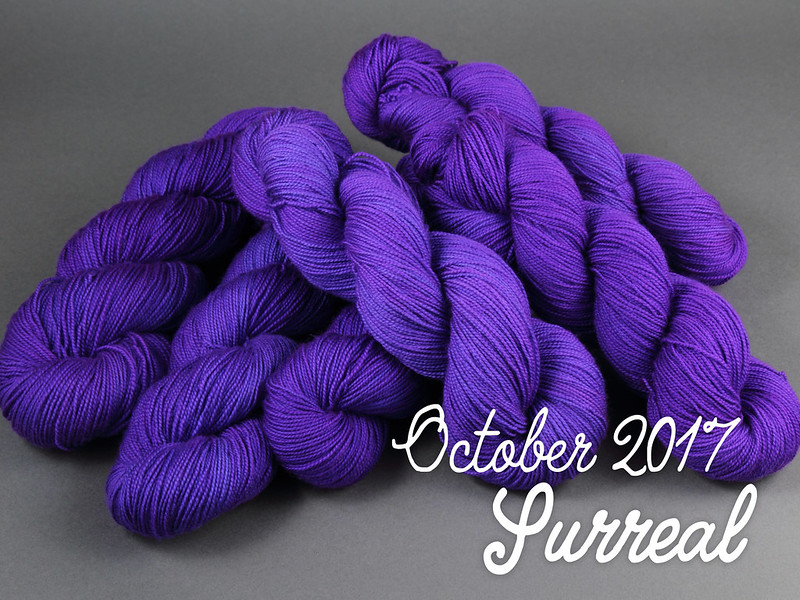 Did I mention my obsession with neons? ‘Surreal‘ lives up to its name; a deep violet that appears to change with the light, so bright it doesn’t quite look real! This shade was an instant favourite which we’ve re-stocked several times, and is available now. 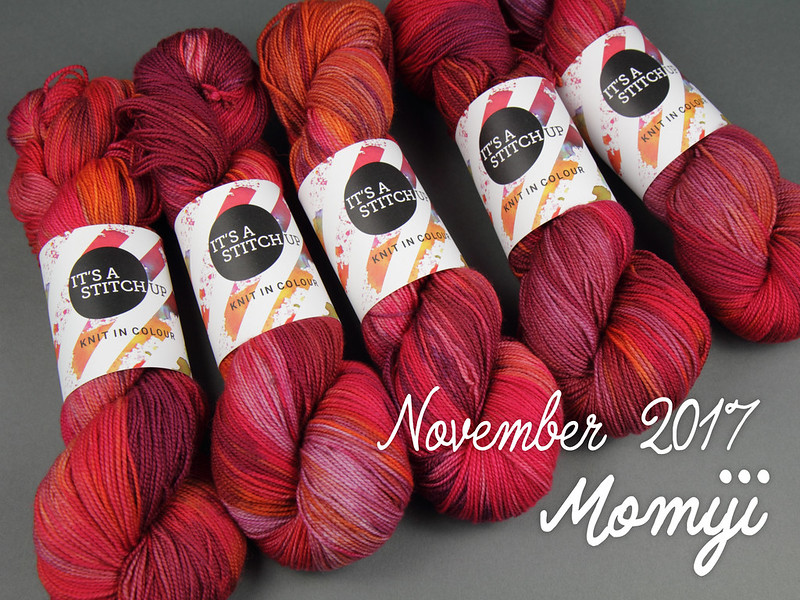 In November we were once again inspired by the natural world. ‘Momiji’ is the Japanese word for autumn foliage, specifically the Japanese Maple. Our amazing specimen never ceases to amaze me at that time of year: 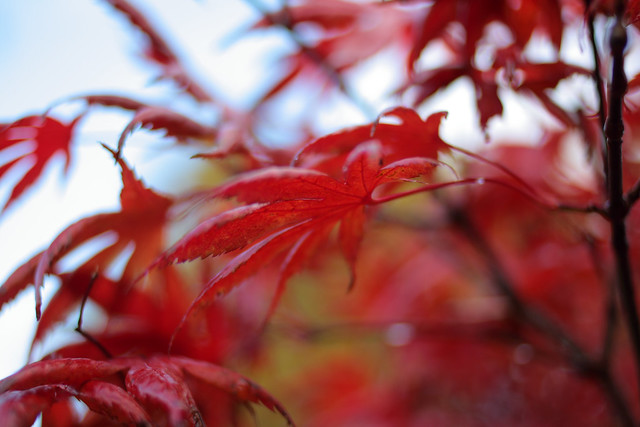 ‘Momiji‘ is a repeatable shade, available now. Part of our Japan Collection. 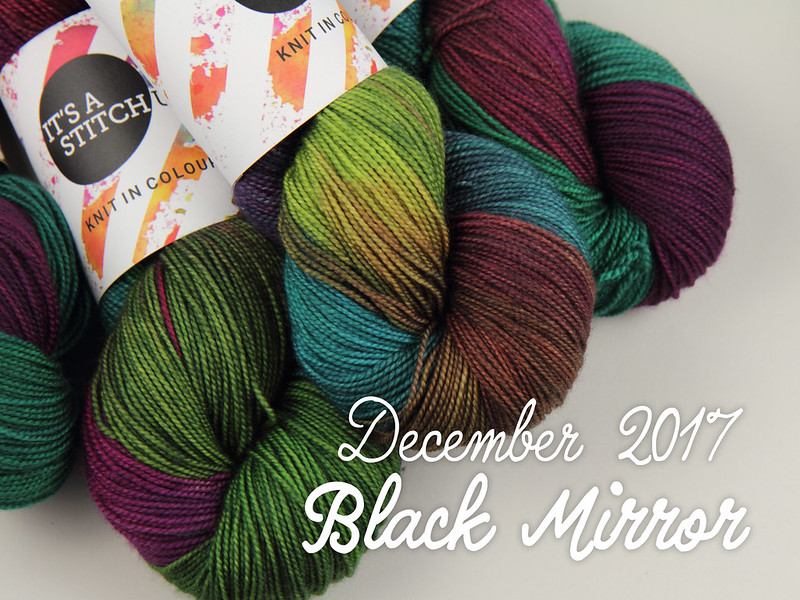 ‘Black Mirror‘ is a dark rainbow, reflecting a complex range of tones. It is a repeatable shade, available now as part of our Rainbows Collection. 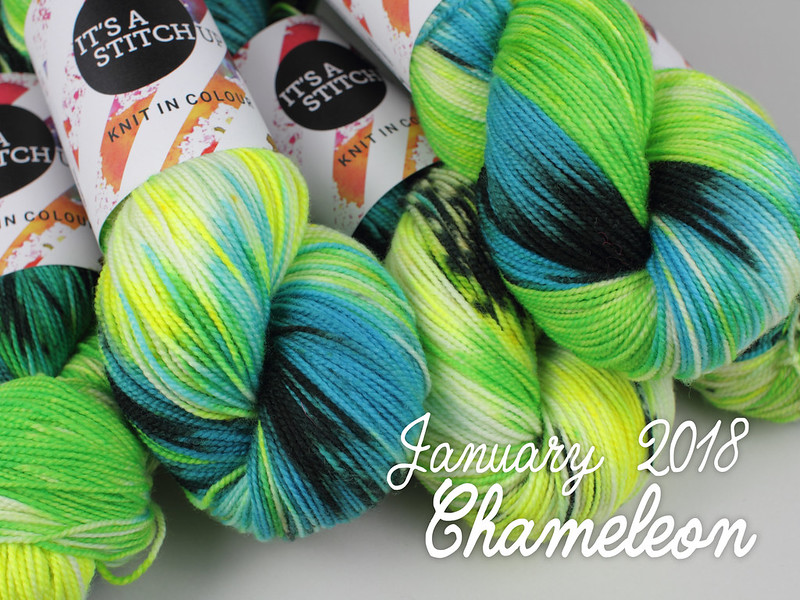 January can be a little cold and grey, but not at Sock Club! ‘Chameleon’ blends neon yellow with bold turquoise and green tones and mottled black. This is a non-repeatable shade but we have a few skeins still available. 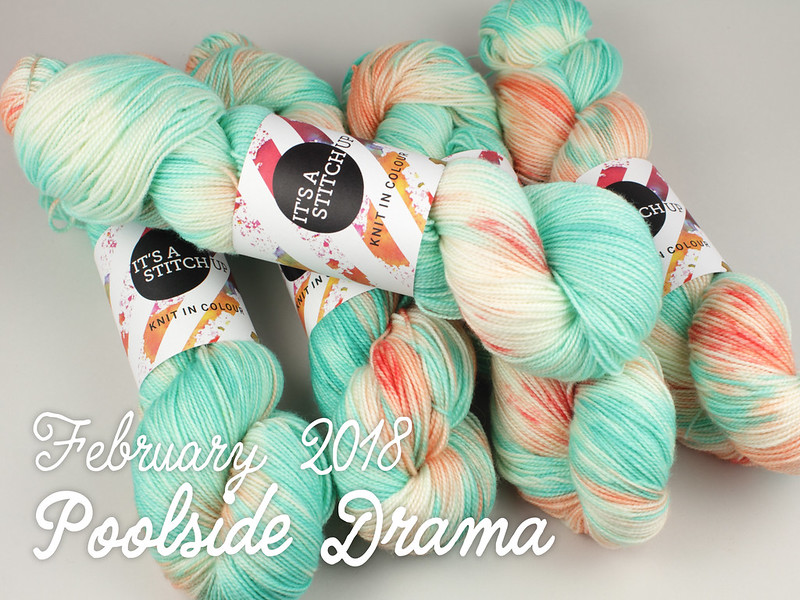 In February we were definitely thinking of sunnier climes, and were inspired by this brilliant image (not ours, and sadly we’ve been unable to find the source in order to credit the photographer): 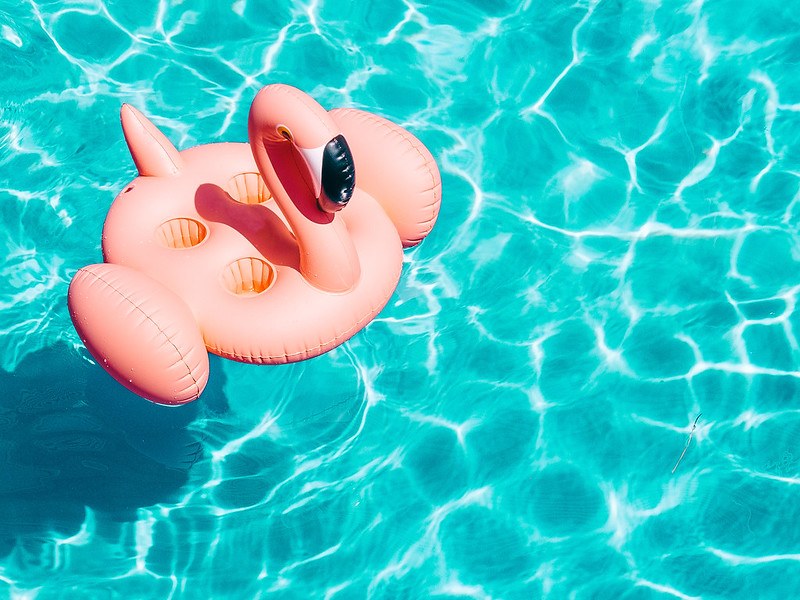 February was also the launch of our Sock Minis Club! Minis Club features three mini-skeins inspired by the same theme as the main club, but with a different interpretation, to compliment the main club or work on their own to add a colour pop to 4 ply projects. In our excitement we forgot to photograph any of the minis editions until April!

To give ‘Poolside Drama‘ its extra zing we blended a small amount of neon dye with regular colours. It’s a non-repeatable shade and there is just one skein left! 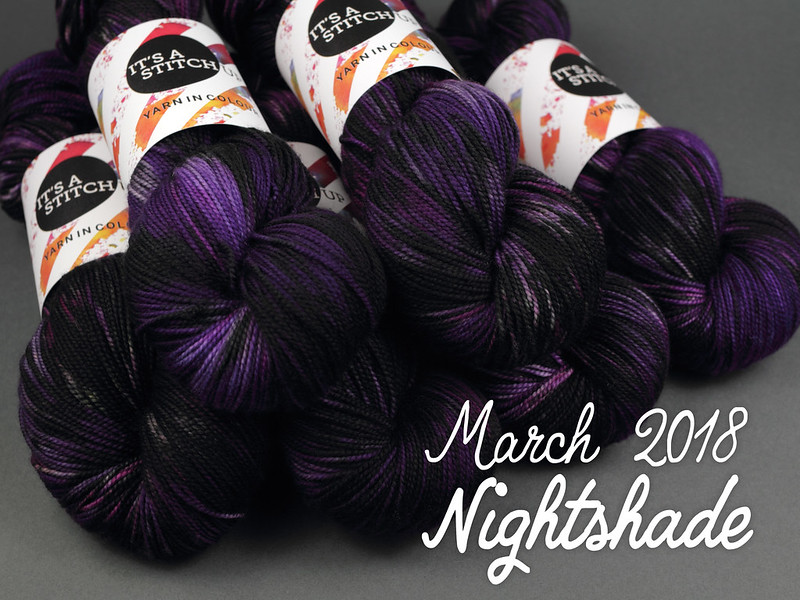 ‘Nightshade‘ is of course inspired by the dark and often poisonous purple berries of the nightshade family, with deep violets, plums and black. There are just two skeins remaining of this non-repeatable shade. 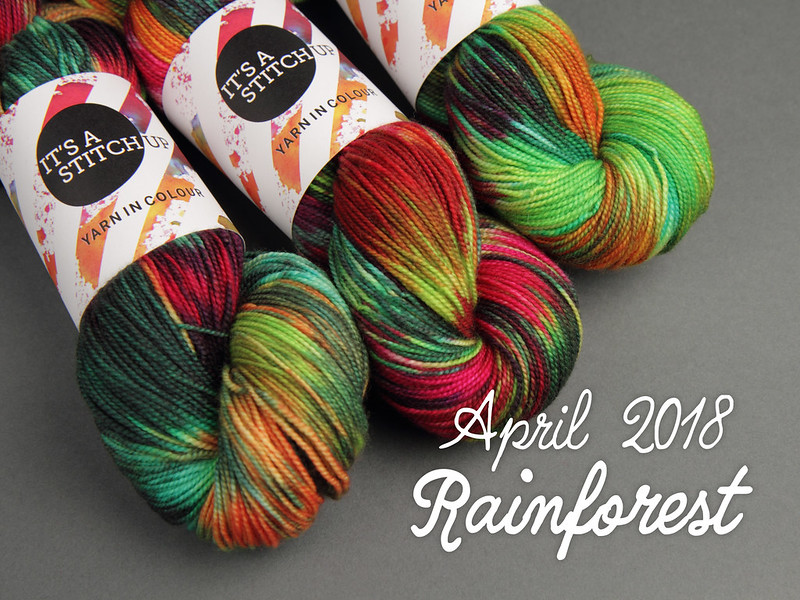 In April we were inspired by the tropical forests of Henri Rousseau’s jungle paintings (Surprised!, 1891, and The Dream, 1910) with exotic blooms and creatures. ‘Rainforest’ was an exclusive shade for the club. April’s Sock Minis Club editions (again, exclusive to the club) were variegated shades that remind us of Bird of Paradise flowers, Hibiscus and lush lagoons. 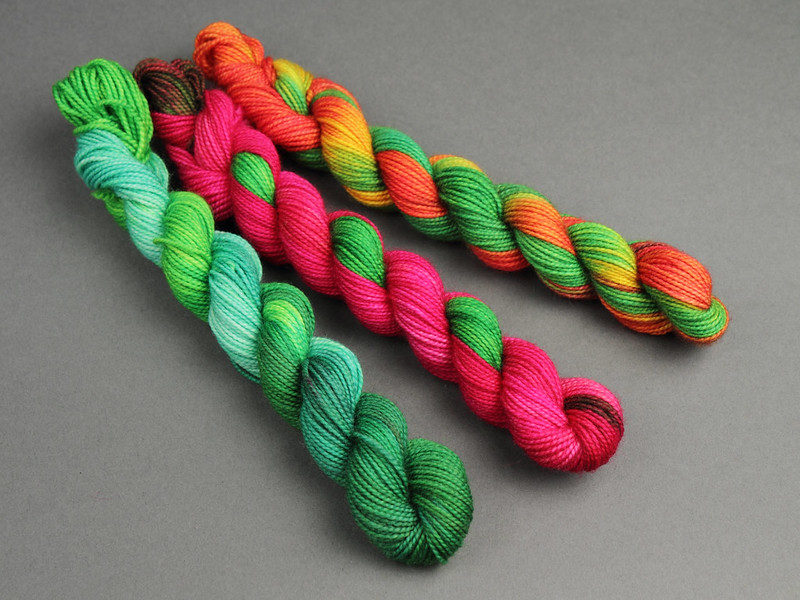 We have just finished dyeing May’s edition and we’re pretty excited to share it with you, but there’s only one way to see it first. Both clubs are open for new subscriptions right now, and you can join before 5 May to receive the next edition, shipping next week. Subscribers to both clubs receive a monthly refund for combined shipping (amount depends on destination and number of skeins) We have also enabled a pay monthly option for Sock Club.

From the StudioBrilliance Lace and Fuzzy Lace: New yarns for summer knits

The Project RoomNew yarn for old